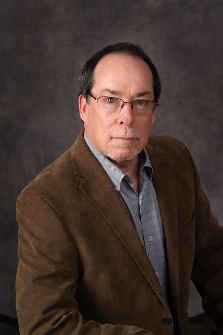 Part I: The Cost of Magic is the story of Torval, an insecure, dissatisfied Norse youth of sixteen who dreams of living the Viking life, just as his father, brother, and uncle. However, it is not to be and he must be satisfied working for his father as an apprentice shipwright.

That all changes when Torval accidentally wakes an age-old magic and must accept the responsibility for returning a lost relic to Asgard – home of the gods, from where it came.

Together with his younger cousin, Ästa, Torval, with several others he meets and befriends along the way, must not only brave the hazards encountered during their travels across a forbidding landscape, but they must also stay one step ahead of Malik, a dǽmon of Outworld, who has perceived the magic and would have it for his own.

Shouldered with such a responsibility, Torval must learn to control the magic he has awakened, while building his own self-confidence, if he is to survive the perils encountered on the journey and succeed in delivering the magical relic to the Rainbow Bridge.

Fortunately, he is not alone. Of those who are accompanying him on this quest is his cousin, Ästa: an emerging shape-shifter and one gifted with the 'mind-speech' - the ability to talk with animals. Her closest friend is Ulfr, a fierce wolf-dog of unwavering loyalty who guards Ästa from harm.

Along for the journey is Nöglom, a woodland troll who, when he is not negotiating trade agreements for his tribe, is ready to fight at the drop-of-a-hat, his battleaxe hungry for blood.

Then there is the young Asian warrior, Haruka, a dishonored protector of her father who was assassinated on her watch. She follows the band of travelers in the hopes that she can cleanse her tainted reputation and perhaps die with honor.

The final member of this sextet is Alec, a cocksure farm boy from a distant land who has been given an enchanted sword and the power of understanding by forces unknown.

Together, these six warriors must evade the forces of evil that pursue them, until they are prepared to stand and fight. They intend to drive the dǽmon from their land, or die in the attempt.

Successful in driving the demon, Malik from his mortal shell, though at great personal cost, Torval and his cousin, Asta and their friends learn they must travel to the Western Lands and retrieve a magic talisman with which they can destroy Malik once and for all.

For one, the Western Lands hold no allure, for a debt is owed and payment - long overdue - is required. Nevertheless, leaving their homeland - and new friends, the travelers brave unpleasant conditions and deadly confrontations as they make their way west.

Continuing their quest to return the Spllinter of Asgard to the Rainbow Bridge, Torval - tortured by dreams of loss and failure - struggles with controlling magic that is becoming less dependable, while Asta uncovers secrets about her connection to the Lupanora that leaver her wondering: can I do that is expected?

The Western Lands hold the answers for both, and unbelievable power for one, but at what cost?

Having retrieved the promised talisman that will drive Malik’s spirit from Midgard, Torval, Ästa, and their friends return to the Northlands to prepare for the final confrontation with the Outworld dǽmon.

Along the way, old acquaintances are reunited, while others are lost, requiring those remaining to band together and complete the quest demanded by the gods: return the splinter of Yggdrasil to the Rainbow Bridge, and heal the tree of life.

The final miles test the travelers as never before. Ästa struggles to understand and control the fearsome magic passed on to her by the white witch and dark faeries.

Torval, free from the doubt that crippled his use of the staff’s magic, discovers a frightening aspect of being the bearer of the splinter of Yggdrasil.

All discover hidden strengths as yet untapped, but whether enough to stand against the coming conflict remains to be determined.

The dǽmon awaits, the final obstacle that must be overcome if they are to be victorious. But Malik will not easily be defeated. The cost will be high for all, but some will pay the ultimate price. Can the fellowship withstand what is required to succeed?

In this final arena, the combatants gather. Will their struggle satisfy the whims of the gods? Will the righteous struggle our travelers have endured be rewarded, or ignored?

In these days of blood and magic, our friends must pull together, stand as one, and fight for all.