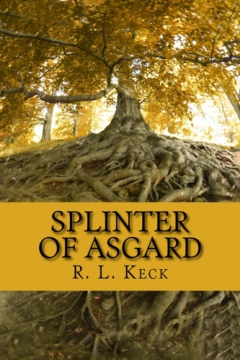 Excerpts: Part I: The Cost of Magic

Nöglom woke from a troubled sleep and sat up amidst the hay that made up his impromptu bed. Yellow rays of light from the morning sun were slanting in through the spaces between the slat boards of the eastern wall and illuminating his surroundings. He had come into the small town last night only to find all doors closed to him, which wasn’t unusual, him being an outsider; he was accustomed to this treatment. But, instead of making a fuss at the rudeness of the innkeeper’s corpulent wife, who shooed him away without ceremony at the end of a broom, he had found a stable with clean fodder that he used to make an almost comfortable bed, and there he had settled for the night. He was disturbed only once when the weighty woman brought two additional horses into the stable. But his dreams were foreboding, full of dark mists and creeping things portending danger. A tall, dark figure with eyes of fire stood at the edge of the forest and directed the creeping things to search for something. As they searched, these creatures killed or destroyed everything in their path. He observed them advance in his dream; they swarmed over a coastal village, reducing it to no more than ashes and piles of corpses. When the red-eyed thing turned in Nöglom’s direction, he awoke and shuddered.

“What did I have to eat last night?” He asked of the horses that shared his sleeping area. “I wasn’t drunk, so that could not have caused such a vivid dream.” He rose and began to dress in preparation of continuing his journey.

He was a woodland troll, a member of the Council and emissary of the High Anoch, the ruling troll king, on a mission to negotiate trade with the men along the borders of the troll lands. It had been two weeks now and Nöglom had been blessed with several agreements for spices, tools, and most valuable of all: candles. Men could make the best, long-lasting tallow candles, and the trolls were enthusiastic to trade for a constant supply of the things. Nöglom had negotiated a fair deal with a candle maker in a nearby village the previous day and was looking forward to continuing his good fortune today.

The troll stretched his short, stocky frame and began putting on his traveling clothes. He wore leather breeches, tucked into a pair of calf-length boots. His long-sleeved, leather jerkin was embroidered with the sigil of his family: an axe buried in the head of an Agnärak. In truth, he had always considered the design a bit dramatic, but it certainly was appropriate; the loathsome creatures were the bane of his people and a plague on the land. His family had long had the responsibility for driving them from troll lands and keeping their borders safe from the creeping invaders.

Over his jerkin, Nöglom put on a mail shirt and strapped his short-shafted battleaxe across his back. Last, after kissing the ring of his office on the second finger of his right hand, he pulled on a pair of gauntlet gloves. As a member of the troll Council, he was authorized to wear the ring. It introduced him as what he was – Council member and emissary – and opened doors otherwise closed to him. Except for last night, that was. He grinned and shook his head at the memory of the fat woman waving the broom at his backside as he hurried down the steps of the lodge.

“It is obvious that she had no idea who she was dealing with,” he said to a horse that had begun eating Nöglom’s bed. Unperturbed, he arranged his few traveling items in the small two-wheeled cart that he used to carry his goods and trades. When it was packed he whistled for his pony. Shortly, he heard the familiar clomp, clomp of the tiny horse’s hoof beats and smiled with pleasure when it raised its head and nickered as it walked up to the cart and saw its master.

“And a good morrow to you as well, Nog,” the troll said to the small pony and stroked its neck and mane. Then, indicating the late arrivals, he asked, “Did you make friends last night?” The troll reached out his hand to pet the stocky gelding that was busily devouring his bed. “Ouch,” Nöglom said and snatched his hand back, rubbing at the spot where the horse had just bitten him. “That was not nice,” he said and wagged a thick finger at the horse. Nöglom turned to his pony and said, “What do you think about that?” Nog made no reply, so the troll set about harnessing the cart to the pony, double checking to ensure Nog’s traces were fitted so to be comfortable. When he was satisfied that the cart was balanced, Nöglom pushed the stable door open and led the pony and cart out into the morning light.

Nöglom stood about five feet tall and weighed about two hundred pounds, dressed as he was with mail and axe. He had a large round head covered in thick, red hair that was gathered and braided from the tip of his widow’s peak and ended at the base of his spine with a bell that tinkled as he walked. Set under a heavy brow, he had large, brown eyes that sparkled with contentment, but could turn cold when crossed. His nose, once a handsome thing, long and wide, was now just a squashed protuberance; it had been broken so many times that it was unreliable as his primary route for breathing. As much as he hated to admit, he had been reduced to a mouth-breather. It was a good mouth though, full of strong, white teeth and outlined by thin lips that were almost concealed by his moustache and beard. He had large, pointed ears with small tufts of red hair growing out of them. His arms were well-muscled from hard work, as were his thick, short legs. His hands, each with four long bony fingers, were large and strong, from many years of handling his axe. He had a purposeful stride and walked with his head held high, not proud, but confident. He had lived for one hundred years, just out of his youth, and was full of life. As he stepped out into the sunshine, he stopped and stared in amazement. For there, running across the open ground of the town’s plaza was an old man, followed close on his heels by a male and female human, both of whom appeared to be young. This trio was being followed by the largest wolf-dog he had ever seen.

As unusual as this sight was, it was the pursuing Agnärak multitude that caused a smile to cross his face. There must have been close to fifty of the ugly beasts chasing the humans. Well, he thought, we cannot have that. With calm determination, he led Nog and the cart back into the stable, shut the door, and then turned to face the oncoming swarm of evil creatures.

“This is going to be a great day,” he said with delight. Then, drawing his axe, he rushed headlong to meet the Agnärak.