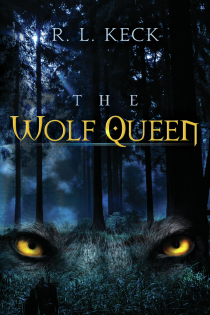 Ästa moved toward the entrance of the bear’s shrine, her father at her side, Haruka volunteering to remain outside with Ragnar. She was not sure what she expected to see as she moved into the small building, but with her first step across the threshold and into the shrine, Ästa was immediately struck by the beauty and reverence evidenced by the décor of the room. The walls were richly adorned with symbols, paintings and hand-wrought items, each depicting the ice bears engaged in different stages of life and industry: cubs at play, juveniles determining hierarchy and standing, adults swimming and hunting, and the veneration of the elderly. There were drawings showing the bond between bears and men: the annual tribute and bi-annual movement of the village.

Of all of these, it was a crude tapestry hung on the wall apart from the other decorations that caught Ästa’s eye. She moved closer and looked at the small hanging in more detail. It appeared to be the mouth of a cave. Two bears were seated outside the cave, looking in. The detail in the tapestry showed that it was made by unskilled hands, but despite its rudimentary appearance, Ästa could plainly see the central focus of the thing. Centered high in the mouth of the cave and staring out at her, were two red eyes, filled with unmistakable malevolence.

She took an involuntary step back from the tapestry and started when she felt a large hand drop onto her shoulder. Ästa turned to find her father standing there, looking at the same tapestry, his eyes squinting and a sour look on his face.

“Evil things, the helyons,” Magnus said with distaste. “And they are but one more reason to stay out of the caves.”

“Fire dǽmons,” Magnus said. “And very dangerous creatures they are.” He guided her away from the tapestry and toward a raised dais at the rear of the room.

Ästa gasped at the sight laid before her eyes. There, seated on the dais, was an ancient bear, its muzzle gray and its eyes milky with cataracts. The old she-bear, its head lowered as it observed the two approaching, appeared to be very frail. Ästa could see tremors in its front legs as it held itself up, regarding them, its head tilted as if listening.

Then, Ästa heard a faint voice in her mind. It was weak and trembling with age, but at the same time, confident and sure.

Startled by words, Ästa responded with the mind-speech, You know my name; how?

I see the woman that was your mother in the girl standing before me.

Confused, Ästa said, you knew my mother? When?

That was long years ago, the she-bear said. Your mother showed me much respect and rendered the bears a service. I know of her passing into the light, and wish to offer our sympathies for your loss. On behalf of all the ice bears, we welcome you, Ästa, daughter of Galéa, to Bjørnøya.

Ästa bowed her head and said, I thank you for your kind words and gracious welcome.

The she-bear inclined her head a bit. Have you come to ask for my blessing? If so, that is unnecessary, for you already have it.

The goodwill we feel for your mother has paid that debt; for this time at least, the she-bear said. However, I am curious as to your nature, child. Is there more to you than just the resemblance to your mother?

The she-bear lifted her head a bit higher and spoke to Ästa’s mind. Are you gifted with the same heart, or is your blood tainted by the man that is your father? For I feel that you are in conflict with who you are. Is that true?

Ästa’s eyes flew open wide and she stepped back a pace. How can you tell this?

It is true then?

Ästa paused a moment and then said, Yes; it is so. I am only now learning about who…what I am.

Ästa saw the bear nod and then heard, I know of your people, child; you have the heart of the wolf and must learn to control its power.

Can you help me with this? Ästa said.

Alas, no, the bear said. For we are not changers; we are what we are only.

Oh, Ästa said, disappointed. Then, she added, I wish there was someone who could.

The bear lowered her head and looked into Ästa’s eyes. None here are able, she said; but once you reach your destination there is one who is. Seek him out and put your trust in his teaching. He will help you learn who you are.

Who is this person? Ästa said. How will I know him?

I cannot give you this answer, child, the bear said; it is for you to discover. But you can learn more from those living in the forest.

I do not understand, Ästa said, but I will trust what you have told me and do what I can to learn.

Ästa blinked, gently severing the link she had with the bear, and turned to face her father, who seemed more than a bit nervous. “What, Father?” she said.

“Will you speak for me to the effigy?”

Magnus exhaled loudly to show his growing impatience. Then, he gestured toward the bear on the dais. “We must ask the bear spirits for safe passage. This is the effigy of the last bear leader: Urso the Great.”

Ästa looked at the bear on the platform and let out a shriek, her hand coming up to cover her mouth. “It cannot be,” she said. “Father; I don’t understand.” She moved a few tentative steps toward the dais and the still form of the bear.

She extended her hand and touched the carved, wooden image of a large bear. She felt its cool surface, smooth and lovingly carved by some skilled craftsman. It was seated on its haunches with its head held erect in a regal pose. Its two black eyes, made from small stones set into its carved head, stared down at any who approached.

Still confused, she turned to her father. “I just spoke to a bear seated right here, Father,” she said and pointed to the dais.

“I have been speaking with a very old she-bear for the past few minutes, while you stood next to me.”

“Ästa,” Magnus said, his voice lowered. “We have only just arrived here. You have not spoken a word.”

Ästa shook her head. “No; I used the mind-speech,” she said. “She knew who I was.” Ästa turned and looked back. “She knew my mother.”

“How’s that?” Magnus said and grabbed Ästa’s arm tightly. “What did you say?”

Ästa looked into her father’s eyes and smiled, understanding dawning on her face. “We don’t need to ask for a blessing, Father,” she said. “The bears remember what she did for them and have given us safe passage.”

“Well, I’ll be damned,” Magnus said and scratched his beard as he thought. She must have made quite an impression. He looked at his daughter and smiled. “Remind me to tell you about when your mother and I came here. It is quite a story.” He wrapped his good arm around Ästa’s shoulder and turned to leave the shrine. “And you talked with the spirit of the she-bear. Amazing.”